6. Exercises for German prepositions with dative and accusative

German prepositions are governed by a case – dative, accusative or genitive. In this blog, we focus on the most difficult prepositions: two-way-prepositions or, in German, Wechselpräpositionen (wechseln = to change).

The concept of these two-way-prepositions is not known in English, this is why you really have to understand what they are about.

Dative case
answers the question: Where (wo) is something/someone.

Accusative case
answers the question: where to (wohin) is something/someone going, running, etc. You always have two places: A and B. The movement goes from A to B. (for example from the street into the restaurant, from the restaurant to the bar etc.) 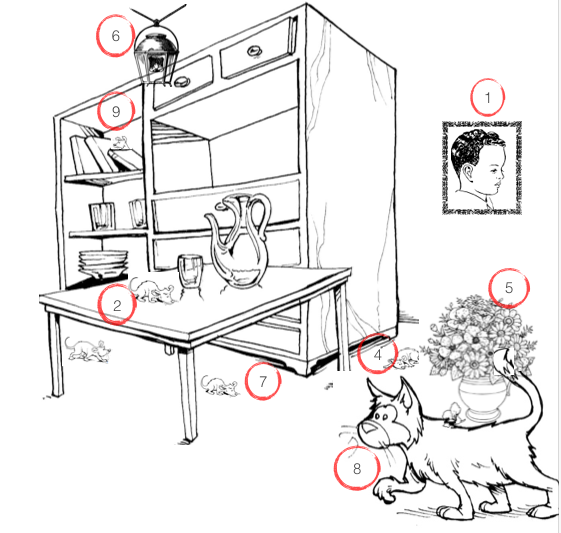 6. Exercises for German prepositions with dative and accusative

1. Watch the video to do your first exercises.

2. For interactive exercises, go to this blog entry.

3. Have you understood the concept? Then, do the following exercise: Otto (=German first name)
Otto joggt in den Wald
Otto joggt im Wald

What is the difference? Try to think how his path will look like. See the solution at the end of the video. 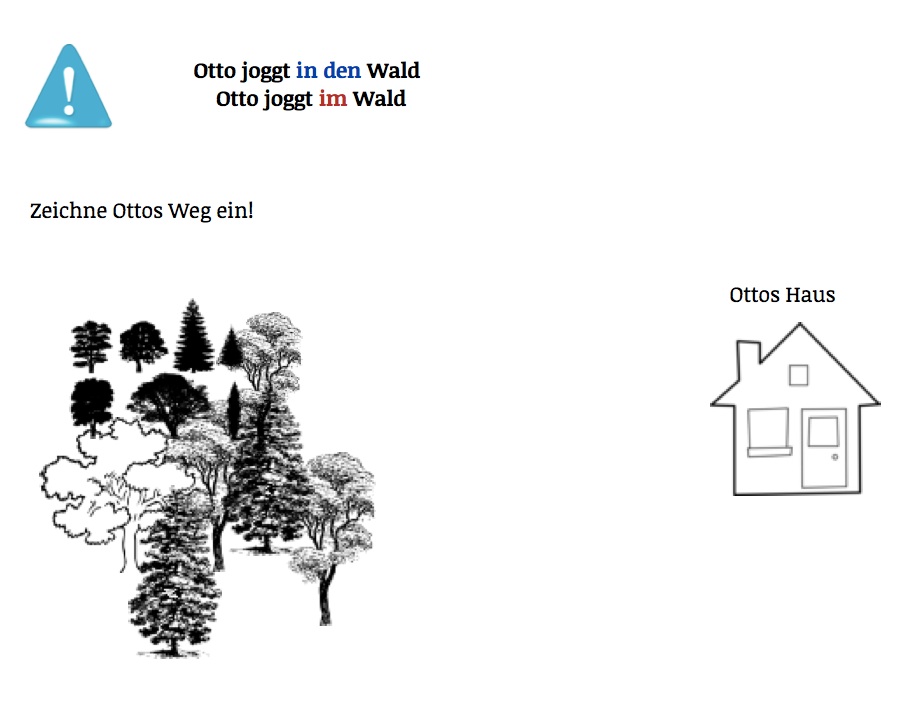